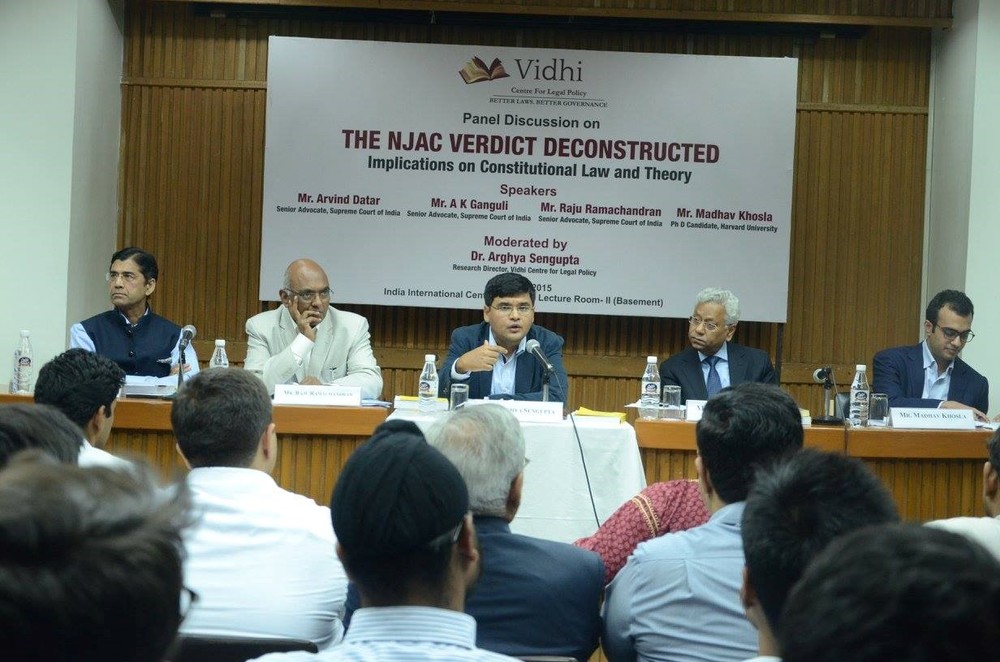 On 5th November, Vidhi organized a panel discussion on the ‘NJAC Verdict Deconstructed’ and its implications on constitutional law and theory in India.

The event was moderated by Vidhi’s Research Director Dr. Arghya Sengupta. Vidhi invited an eminent group of experts to throw light on the subject. The panel consisted of Mr. Arvind Datar, Senior Advocate, who appeared for the petitioners in the NJAC case; Mr. A K Ganguli Senior Advocate, amicus curiae in the Suraz India case where the Supreme Court first expressed concern about the Collegium; Mr. Raju Ramachandran, Senior Advocate, one of the leading authorities in India on the basic structure doctrine, and Mr. Madhav Khosla, PhD candidate at Harvard University and author of Oxford India’s Short Introduction to the Indian Constitution.

The discussion revolved around four main themes: first, the implications of the judgment for the basic structure doctrine, second, the conceptualisation of judicial independence in the judgment,  third, the composition of the NJAC, specifically the inclusion of the Law Minister and the eminent persons, and fourth, the criticisms of the collegium in the case, and the way forward for collegium reform. An engaged audience pushed for greater exploration of these themes in the lively Q&A that followed the panel discussion. 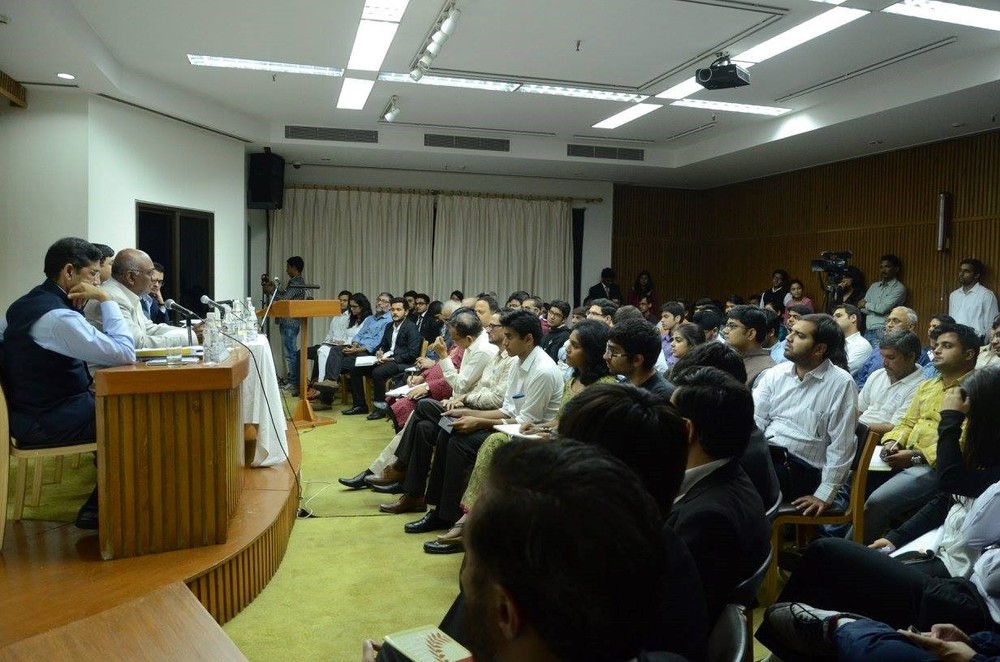