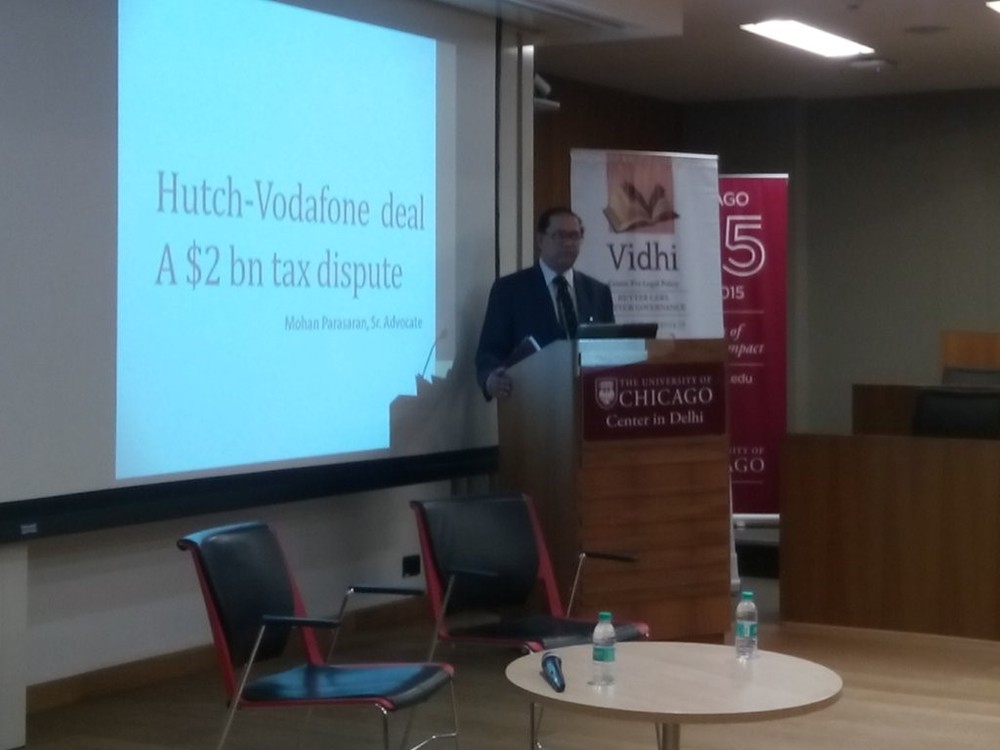 In the event organized by Vidhi, Mr. Parasaran spoke about the dispute between Vodafone UK and the Indian Income Tax Department regarding the payment of Rs. 11000 crores as tax deductible at source by Vodafone for its Rs. 55,000 crore purchase of Hutchison Whampoa’s mobile phone services business in India.

Mr Parasaran appeared on behalf of the Tax Department in all the rounds of litigation concerning the Vodafone case before the Bombay High Court and the Supreme Court in his capacity as the then Additional Solicitor General of India.

The video of the proceedings can be accessed below: